After all these years of anticipation, rumors, and even some conspiracy theories, Metroid F** Dread has finally arrived! It’s been over 10 years since I’ve written a game review, but the last one I wrote was for Metroid: Other M (which you can find here in Portuguese). As such, I’m excited to return to the task and share my thoughts on this highly-anticipated game.

Please note that this post will contain major spoilers, so read at your own risk!

In 2002, Nintendo released Metroid Fusion, a direct sequel to the beloved Super Metroid. As a Game Boy Advance owner with a few games, I eagerly awaited the release of Metroid Fusion, which fell between my birthday and Christmas.

Unable to wait any longer, I decided to purchase a copy of the Nintendo World magazine, which featured a complete walkthrough of the game, when I saw it on the newsstand. My excitement for the game was palpable, and I couldn’t resist the temptation to get my hands on the magazine right away. 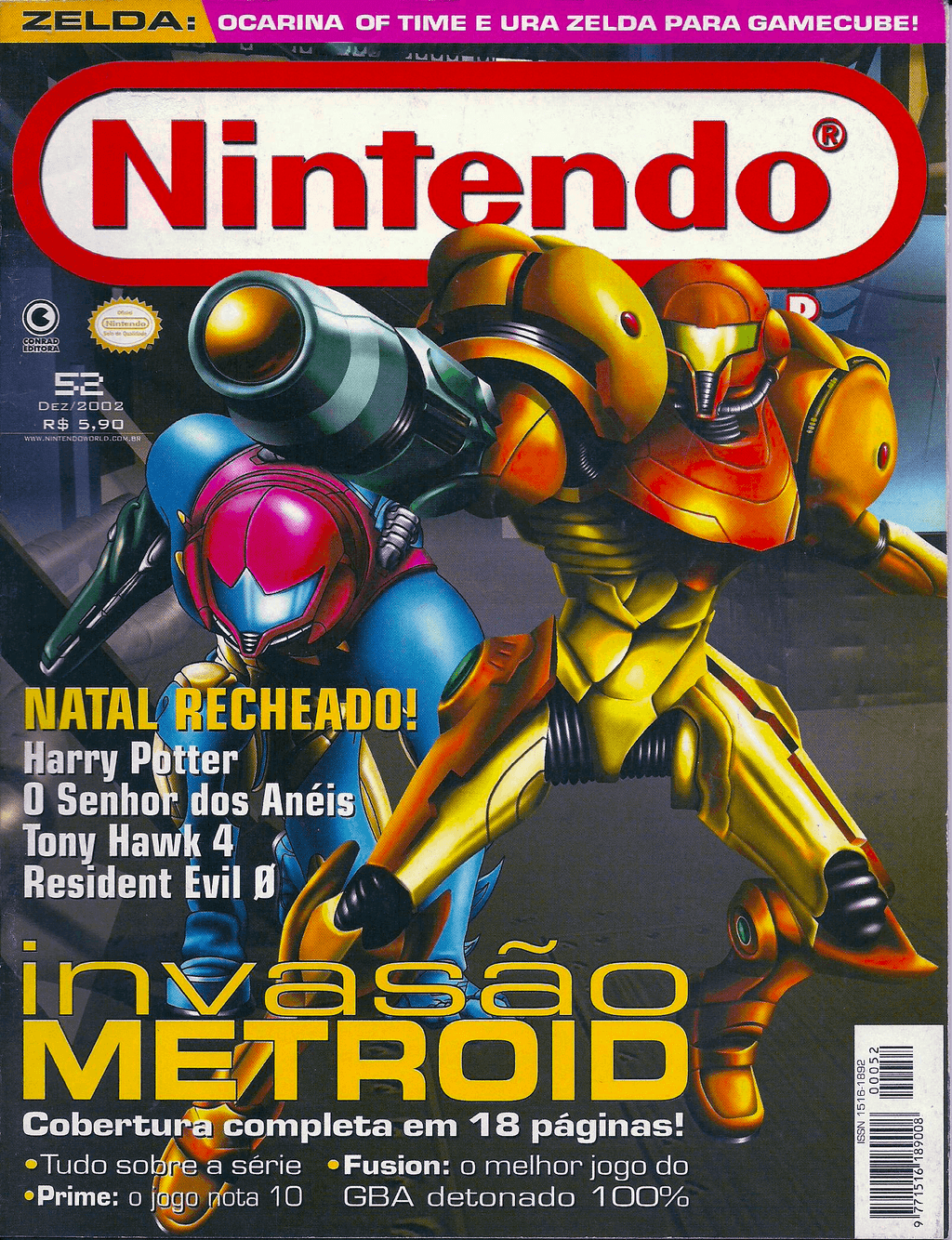 As a result of my good behavior throughout the year, Santa gifted me with a copy of Metroid Fusion for Christmas. I was able to complete the game before New Year’s Eve, and I am proud to say that I did so without resorting to using the walkthrough.

Despite its more linear nature compared to other games in the franchise, Metroid Fusion still managed to deliver an engaging story and challenging shinespark puzzles.

Little did we know that we would have to wait nineteen long years to find out what happened to Samus and get a new canonical Metroid game in the timeline.

This year’s E3 event was marked by Nintendo’s surprise announcement of Metroid Dread, which immediately generated widespread excitement and buzz on social media, and the best part was that the game would even release in the same year! WHAT!?

The game, developed by Spanish company MercurySteam (known for their work on the Metroid: Samus Returns remake of Metroid II: Return of Samus), was slated for release later in the year, much to the delight of fans.

While Metroid: Samus Returns received mixed reviews from critics, I personally found the game to be enjoyable, though not particularly groundbreaking. Some of the level design choices didn’t quite appeal to me, but I was still thrilled to see the return of 2D Metroid gameplay.

When the package for Metroid Dread arrived at my house, I was so excited to play the game that I even forgot to film an unboxing video for PlayReplay 😅!

After a satisfying weekend of gameplay, I completed Metroid Dread with a total of 11 hours and 30 minutes played and 87% of items collected. While it may not be a world record, I’m proud of my progress and the amount of items I was able to collect.

Now, let’s get started with my review of the game.

Metroid Dread features 8 interconnected areas, connected by tunnels, elevators, and teleports. These connections are seamlessly integrated, creating a believable alien world with both wild and technological elements, and ample opportunities for hidden secrets to be unveiled in every corner.

MercurySteam managed to capture exactly what makes a Metroid game a Metroid game, and many times I thought I was taking a super secret path and going off the intended path, only to be pleasantly surprised when I ended up exactly where I was supposed to go and found some main power-up or boss. The game is outstanding at using level design to guide you to the right path.

Metroid Dread is full of secrets and items that will keep players searching and challenged as they try to figure out how to obtain them. I personally encountered many items that initially seemed out of reach due to my lack of certain power-ups, only to later realize that I simply needed to git gud and use shinespark creatively to get them. MercurySteam deserves credit for this aspect of the game. 👏 MercurySteam 👏.

Overall, the balance of item and boss acquisition is well-paced and keeps players engaged with the game for the most part. However, there are some E.M.M.I areas that can break the rhythm and be frustrating.

In addition to these challenges, MercurySteam has also included the possibility of sequence breaks in the game, allowing players to acquire power-ups or face bosses earlier than planned. For instance, with the right combination of Speed Boost and shinespark skill, it’s possible to obtain the Gravity Suit earlier than intended, as demonstrated in the video below.

One aspect of the game that didn’t quite meet my expectations was the variety and style of the areas. Even after playing the game multiple times, I found it difficult to identify which area of the game I was in just by looking at a random room.

This is in contrast to my experience with Super Metroid, which has such distinctive and memorable room designs that it’s easy to identify which area you’re in. However, I understand that this comparison isn’t entirely fair, as Super Metroid is one of my all-time favorite games and I have spent countless hours playing it at various points in my life.

It would be great to see more variety and memorable locations in the game. Perhaps we will see this in a future DLC? I certainly hope so.

However, the game also includes some less useful items, such as Spin Boost and Pulse Radar. While the Pulse Radar has some utility, the Spin Boost feels like a unnecessary addition.

Now let’s focus on the positive aspects of the game. The Flash Shift, a new power-up that allows Samus to perform a horizontal dash, is particularly useful for evading E.M.M.Is and dodging challenging boss attacks.

Additionally, when combined with shinespark, Flash Shift enables players to move swiftly through the level and solve intricate puzzles that MercurySteam has included in the game. It’s a power-up that truly lets players feel like pros as they navigate through the game.

Metroid Dread features a high number of boss encounters and is considered to be one of the hardest games in the franchise. However, many of these encounters involve repeated bosses with minimal variations.

According to reports, the game was originally intended to have a wider variety of bosses, but due to the need to meet a specific release date, these had to be cut and replaced with repeated bosses.

Despite this limitation, the boss battles in Metroid Dread are still epic and showcase Samus’s badassery. It’s a shame that there wasn’t more variety in the bosses, but the battles themselves are still exciting.

The first boss in Metroid Dread serves as a tutorial and sets the stage for the rest of the game with a thrilling battle and impressive cutscenes.

As players progress through the game, they have the opportunity to engage in sequence breaks, which allow them to acquire certain power-ups and face bosses in different ways. Using these power-ups in these boss encounters can lead to unique interactions that feel like secret discoveries – a classic element of the Metroid series.

Most bosses have an intended way to defeat them, as well as a secret method that can be unlocked through sequence breaks, shinesparking, or advanced skill.

The final boss of the game is among the hardest in the franchise and will likely take multiple attempts to defeat. It reminded me of the challenging yet rewarding experience of playing Megaman on my Game Boy Classic, where dying repeatedly was necessary to learn all the patterns.

The soundtrack of Metroid Dread is generally good, but some of the tracks feel like they are borrowing heavily from Super Metroid 🤷.

As a fan of Super Metroid, I have a deep appreciation for its epic music and can recite many of the tracks by heart. Despite playing Metroid Dread multiple times, I still struggle to fully remember any music that isn’t reminiscent of Super Metroid.

I wish that playing a new Metroid game was like playing a new Zelda game, where the soundtrack is consistently epic and memorable. While some songs in the Zelda series are the same from the first game, the newer tracks are just as good, if not better, than the classic ones. For example, the Spirit Tracks soundtrack gives me chills every time I hear it – it’s truly excellent. 👌👌👌

Metroid Dread is known for its challenging gameplay, but personally, I didn’t find it as difficult as I had read on social media. While I consider myself a big fan of the franchise, I have never been particularly skilled at playing the games.

Many players have compared the game’s difficulty to that of titles from developer FromSoftware, specifically the Souls series. As someone who has not played Dark Souls, I can’t say for certain, but in my imagination, those games seem significantly harder.

Despite the game’s overall challenge, it is quite generous with save rooms and even includes auto-saving for the first time in the franchise. If you die during a boss battle, the game automatically saves and you can immediately return to the boss room to try again. 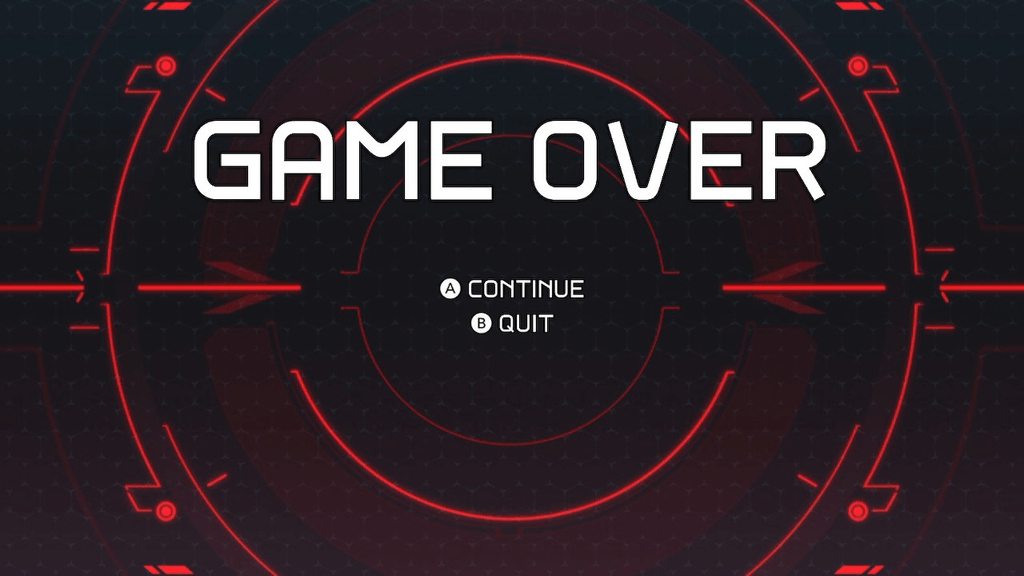 Why should you buy it?

The Metroid franchise has struggled to find success in the past decade, leading to the emergence of many indie Metroidvania games that pay tribute to the genre-defining original.

Despite its flaws, Metroid Dread is a great game and represents a step in the right direction for the franchise. With the success of the Nintendo Switch, there is a strong possibility that it will become the best-selling Metroid game ever.

Why should you purchase it? To show Nintendo that there is still a dedicated fan base for the Metroid franchise and to demonstrate that we want more games like Metroid Dread.

The more successful these games are, the more resources Nintendo will allocate to their development and the more polished they will become. It is possible that one day, MercurySteam will give us a masterpiece like Super Metroid (although some may already consider Metroid Dread to be superior).

While it may be tempting to hack your Nintendo Switch or download and play the game on an emulator, it is important to resist the urge to pirate games.

Not only because it’s illegal, and you wouldn’t steal a car, but doing so leads to fewer sales and fewer opportunities for more games like this to be made. For the price of about $60, you can have hours of entertainment – a relatively small investment compared to the cost of ordering Uber Eats three times. Instead of ordering food this week, consider cooking a healthy meal and using the saved money to purchase Metroid Dread.

10 years anniversary of my first E3